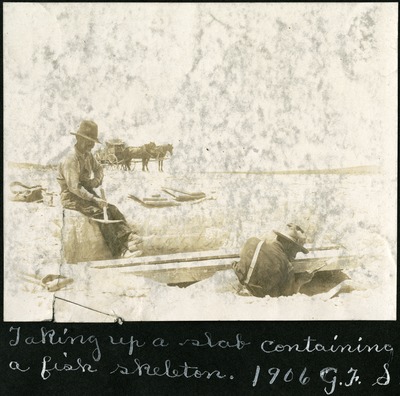 Collecting Fossils. A black and white photo that shows part of the process of removing a fish skeleton. One man is sitting on a rock and is holding a pickaxe. Another man is laying on his side and dig under the slab which is holding the fossil. A wagon hitched to two horses can be seen in the background. Canvas bags and other tools are seen next to the men.