437 Back Side of Photograph Marine Helicopter Rescues Astronaut Grissom 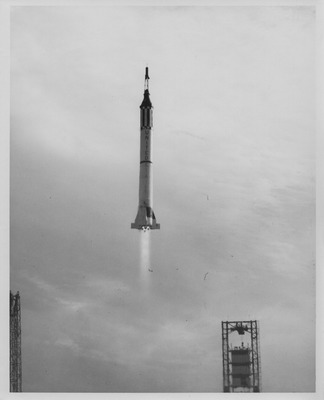 61-MR4-101 National Aeronautics and Space Administration For Immediate Release July 22, 1961 Marine helicopter's wheels touch the water. The weight of the water filled Liberty Bell 7 spacecraft is too much for the helicopter. Seconds later the helicopter released the capsule and it sank. Astronaut Virgil I. Grissom had already been picked up by the second backup helicopter. (NASA Photo)