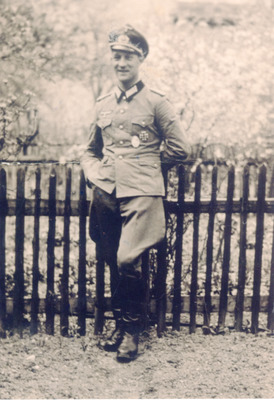 This black and white photograph depicts a man in a German military uniform. He is standing in front of a fence outdoors. He is the German rank of Oberleutnant which is the equivalent of first lieutenant in America. He was captured by the United States military and became a prisoner of war.

Cecil B. and Laura G. Currey Archive of Military History