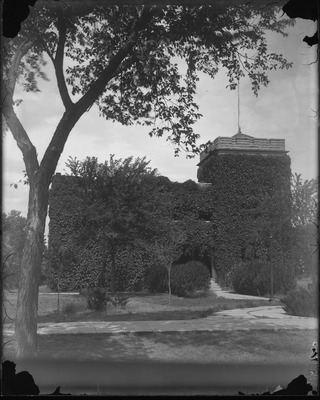 The original gymnasium, built in 1906, became the "Women's Building" after 1917. During World War II, it became known as the Social Building. In 1960, it was renamed Martin Allen Hall to honor the man who was a key player in acquiring the old military reservation's land for a new school. This picture was taken most likely in the early 1920' - a picture like it is in the 1922 Reveille.