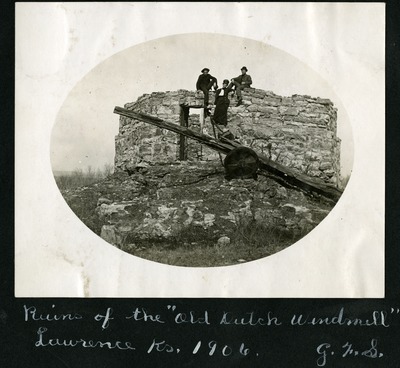 Old Dutch Windmill. A black and white photo of two men sitting on a wall of ruins, while a woman stands on the wall in front of them. A large metal sail that was part of the windmill is seen in the foreground. The Old Dutch Windmill was in Lawrence, Kansas and had four millstones. It was destroyed in a fire in 1905.