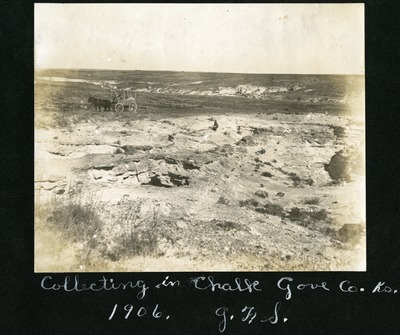 Collecting in the Chalk Beds. A black and white photo of a paleontological excavation in Gove County, Kansas. Rocky ground in the foreground. A covered wagon without its tarp is in the background along with two horses. Grasses and shrubs are also seen in the background. A man is sitting on a flat chalk formation with a tool in his hand.