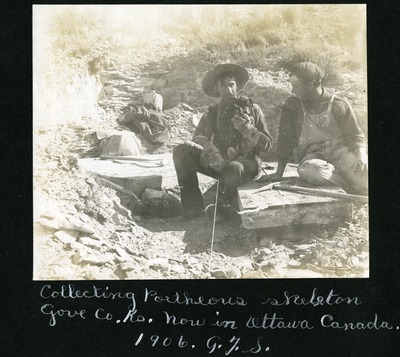 Collecting Porteous Skeleton. A black and white photo of two young men sitting on a wooden frame. The one on the left holds a dog and a shovel lies by his feet. The man to the right wears overalls; both wear hats.