054 Back Side of Photograph Mercury Redstone III Rocket Launch 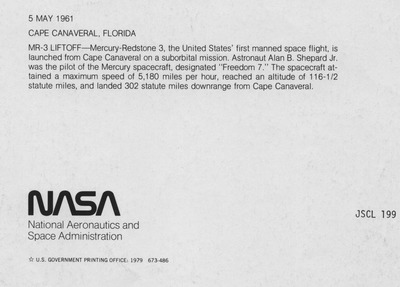