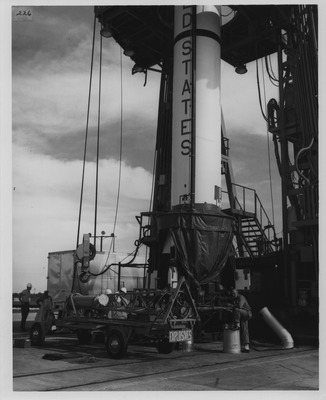 This black and white photograph depicts the base of the rocket and launch pad during the erection and mating of the abort tower. Men stand on the launch pad next to a truck. A sign stating Explosives is on the back of the trailer.