175 Back Side of Photograph Mercury Capsule Liberty Bell 7 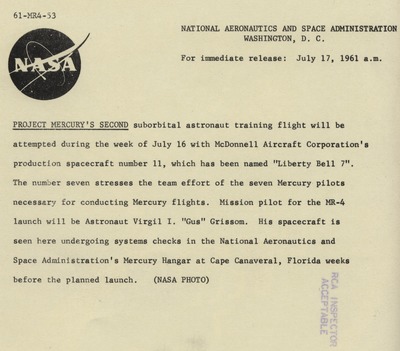