163 Back Side of Photograph Astronaut Alan B. Shepard at Mercury Control 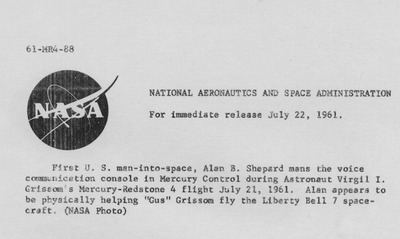